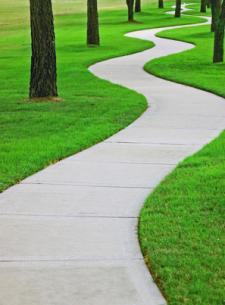 Well, having promised a career oriented post in my previous blog, I realised how easy it is to make promises and how bloody tuff it is to keep ‘em….. As usual, starting problems held me back, n though I initially thot of one blog per day till my leg’s back in shape, the topic for this one’s really proving to be a bigger hurdle than I thot…

I have never been clear about what I want from life and maybe that’s why I was instigated to declare that I would blog abt my future plans. My bro (3 yrs elder, currently pursuing his second M.S in Chicago) has been the greatest influence on the choices that have been made in my career so far n he’ll continue to be the single most major factor in future as well (understandably).

To start with, after my 10th std, it was based on my bro’s experiences with IIT coaching classes n CBSE 11th-12th that it was decided to shift me over to TN state board where the principle of gulp n vomit holds true even today (no wonder thr were so many illads (bitsian slang for ppl from tamil origin) in bits when I joined. That bits has introduced an entrance test is surely gonna adversely affect the already dwindling no. of admits from TN and also the USP of the great chain of DAV Matriculation schools. DAV was where I studied my 11th n 12th, n I really dunno how I managed to jus study n do nuthin else worth mentioning for 2 whole years still puzzles me. I have never been able to put my mind to acads with as much dedication n sincerity ever since n it is a constant topic of debate with my parents whenever the qn. of my future n the irrepressible need for a PG at this stage of my life crops up (which is, almost everyday!!). So, I ghotted (again, bitsian slang for studying hard!) my soul out for 2 years, n landed in bits pilani B.E (Hons) Mechanical.

If I start off abt my life in bits, it’ll rob me of the chance to post atleast another 4-5 blogs, so we’ll skip tht part keeping in mind that I was a pretty ordinary guy, jus like anyone else who wanted to score the max possible in his 12th so that he cud get admission into one of the most prestigious institutions in the country, and succeeded in that. And on graduation, like everyone else again, there were two options in front of me – GRE or CAT because by then the writing was crystal clear on the wall that u cant survive long with just a bachelor’s degree. A crucial moment in the decision-making stage of another significant moment in my life, n again, steps in my bro, acting as a giant ladle helping me stay afloat in the maddening sea of (I hate to the cut-throat cliché) ruthless competition. GRE is a no-no, he says, again based on his experiences (FYI, he finished his BE in Tanjore, TN and, presumably, went to Uncle Sam for re-Searching) which ranged from scouting for financial aid, being scoffed at as a foreigner, going penniless for months n other such instances which are prescribed along with the package called M.S. But these elder siblings tend to become over-protective at times and want nuthin but the best for their cherished younger, n my bro was no different. Opportunities in India are growing at a rapid rate n US is no longer the only happening place to be, so u better stay back n take a shot at CAT. So, when PS-II happened, IMS too happened n that was my first tryst with the exam regarded as the toughest in the country to crack. Presumably, I cracked n returned home with dismal figures (lets stop with that without getting to the actual numbers, pls!!)

In the meantime, campus interviews happened n I got a job offer in Minda (not Mirinda!!) industries in Gurgaon. Thrilled at the prospect of earning n not having any other viable option (than CAT 2003), I accepted the offer. The initial few months were wonderfully inactive (training n more training), n we were a group of ppl eager to bell the CAT. As luck wud have it, I was one of the thousands who was absolutely sure that I’d cracked it this time, only to hear that a certain don named Ranjith was proactive enuf to supply the qn papers students beforehand. Re-test ensued and the result: A marginal increase in the magical percentile, nonetheless insufficient to make it to the crème de la crème of Indian B-Schools.

Meanwhile, a transfer in my job saw me go to the Indian capital, n having travelled thru the dirtiest parts of the city already for 4 years, I was desperate to bid goodbye to New Delhi. Infosys, offered a relief in the form of an offer n I gleefully accepted it, mindless of the abrupt shift in my career path. After all, in today’s age, u jus need to be an engineer to get into the software sector as a fresher. I consoled myself saying that the training’s in mysore and posting’ll defly be in chennai which wud enhance my chances of crackin CAT as greater concentration levels can be achieved at home.

The next 3 n a half months were, after my college days, the most enjoyable period of my life, n I threw all my career-related worries outta my brain n concentrated on living life to the fullest in mysore infy. Final posting – chennai n the homecoming was joyous to say the least.

The ugly whiskered animal reared its head once again, n it was a race against time n the unforgiving work schedule of a s/w engr for the third time (4th, if u take the cancelled exam into account as well). This time I wanted to make it at any cost n appeared in all the exams. Finally, a call came my way – from IIT Mumbai, only to be snatched away from me at the last, most inopportune moment – the personal interview. To be honest, I really dint feel that bad at losing out on IIT mumbai, cos something kept telling me I’m made for better, if not greater things. I dunno why, but, from the outset, I did not like the city of dreams n more so, the great intellectual institute carved out of a forest still frequented by Panthers.

So, back to square one, with a job in hand that I dint love (if production support means anything to u, u’d empathise) n a completely confused mind not knowing where to head.

This has actually turned out to be a much bigger blog than I had intended to type, so lets have it in 2 parts, the road ahead will follow soon…